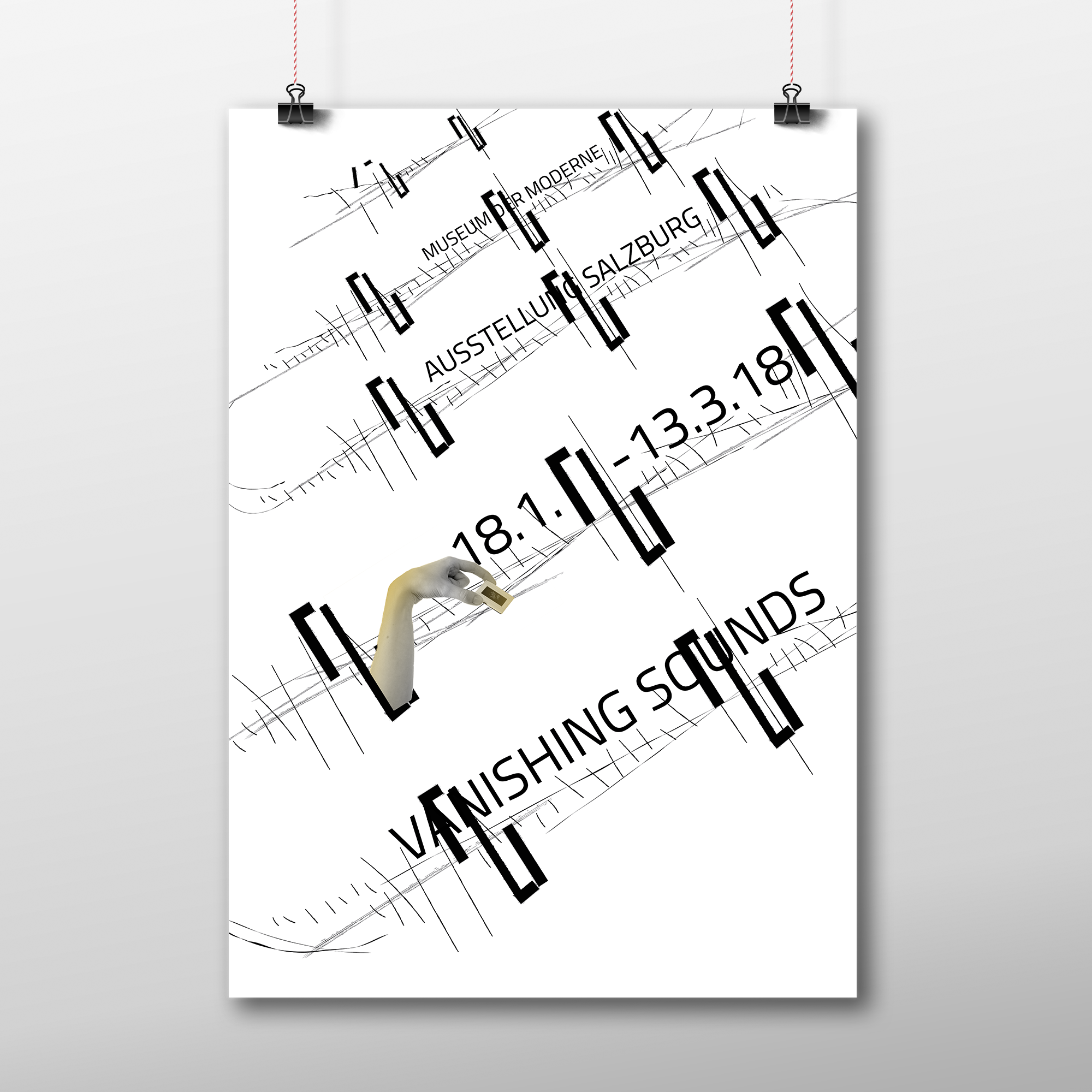 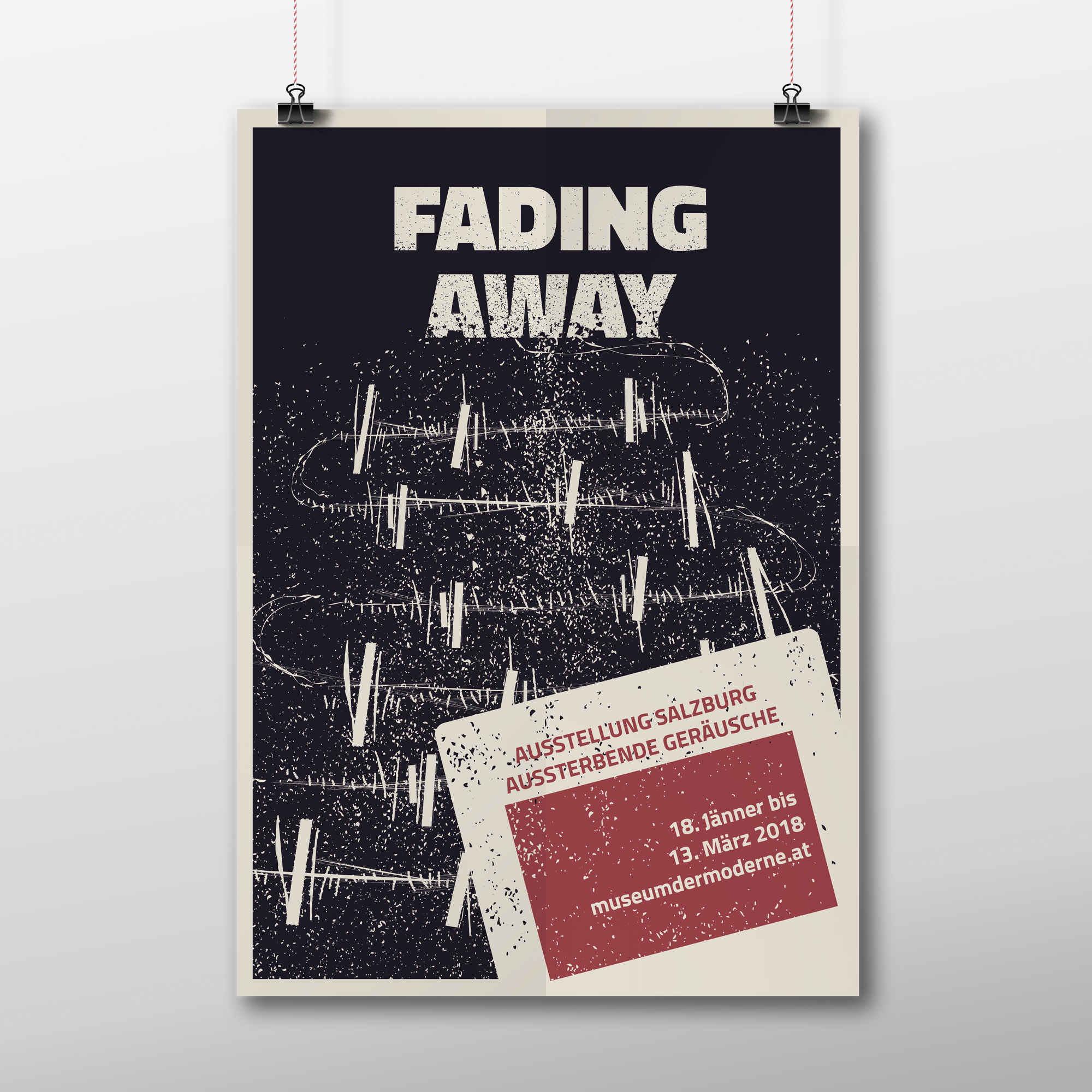 Posterdesign
Project Overview
Series of two Posters created for a fictional exhibition about soon to be forgotten sounds that used to be part of our immediate surroundings. In this case I concentrated on transforming the sound of a slide projector into a visual expression by establishing rhythmic patterns found in the particular tone and reflecting it in the imagery.

Slide projector sound can be found here.
Credits
Photography and Graphic Design
Xenia Eibel
Process
At first you here the “click” of a switch. Then a rustle followed by rattling, sometimes interrupted by a quick, loud crack. The images below give a glympse into the process of experimenting with shapes and colours before moving from analog to digital.
‍
Vanishing sounds
‍A curving line moves towards the observer, interrupted by structures that remind the viewer of the “click-clack” sound of slide being exchanged by the grappler of the slide projector. Additionally an arm sticks out of the symbol, holding a slide, as a metaphor for the machine part it symbolizes.

Fading away
‍The headline dissolves, symbolizing the transience of the sound and also the background noise of the fan. Muted colours of red and greyish blue, accentuate the calming rustle. 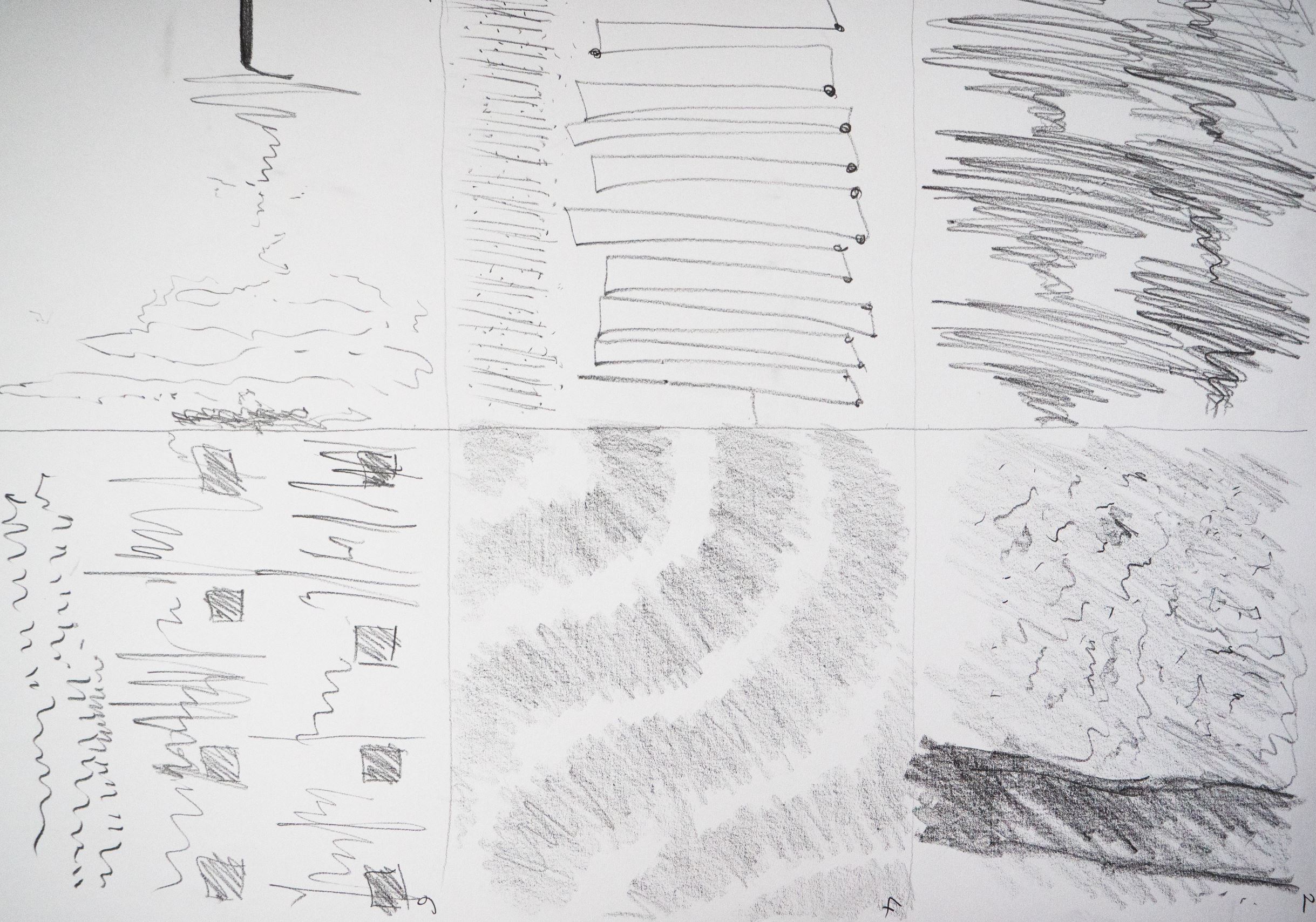 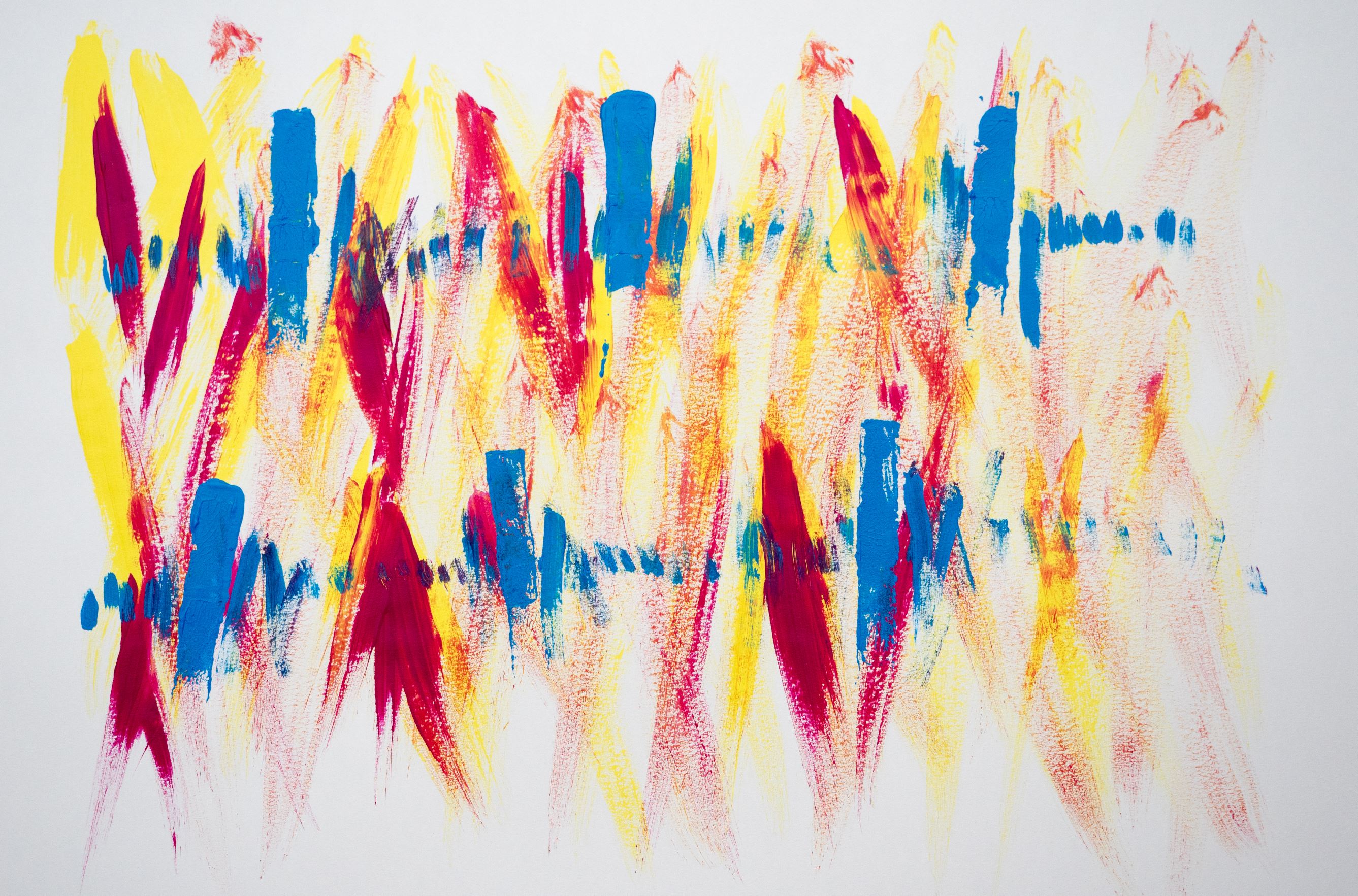 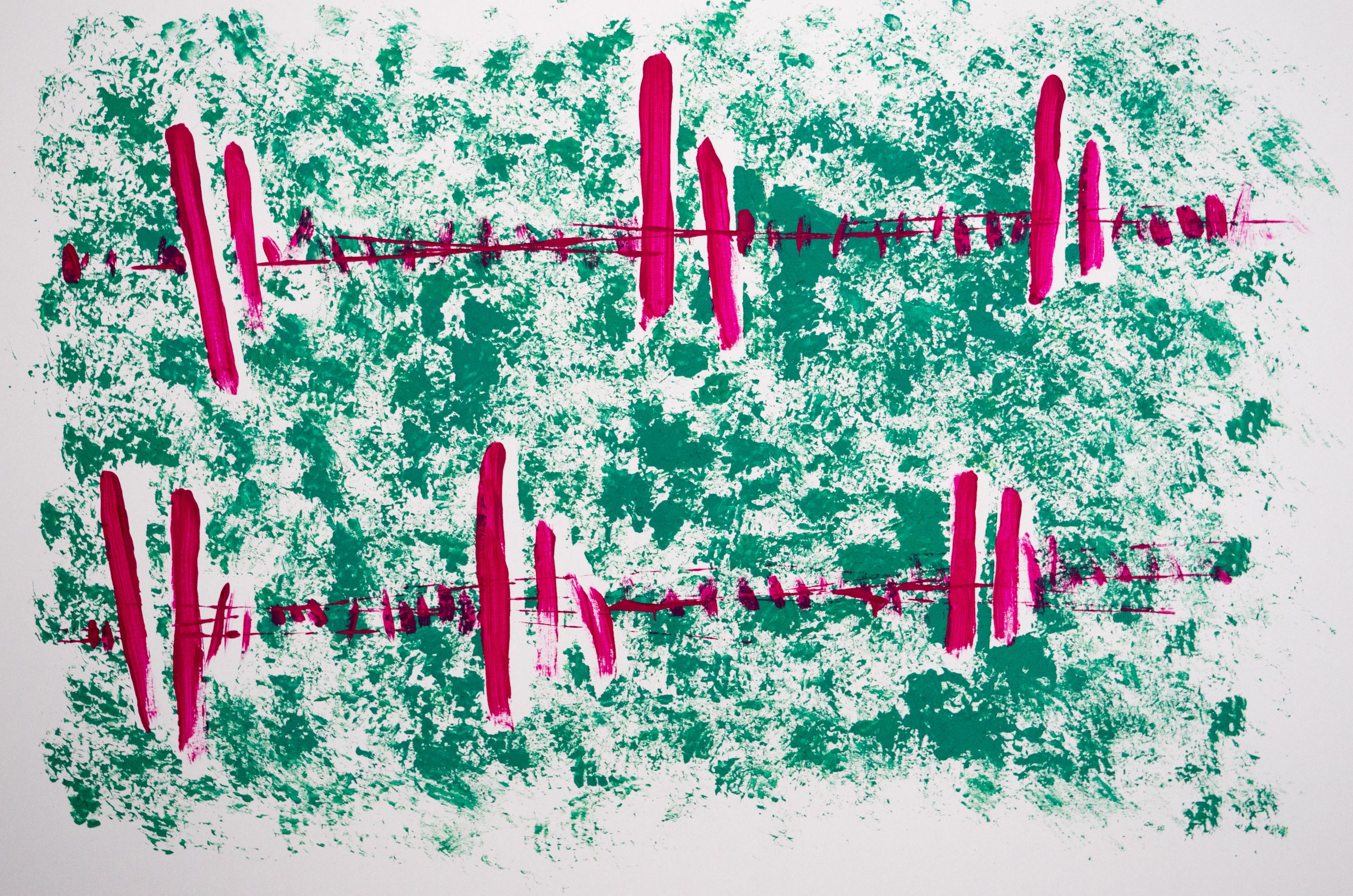